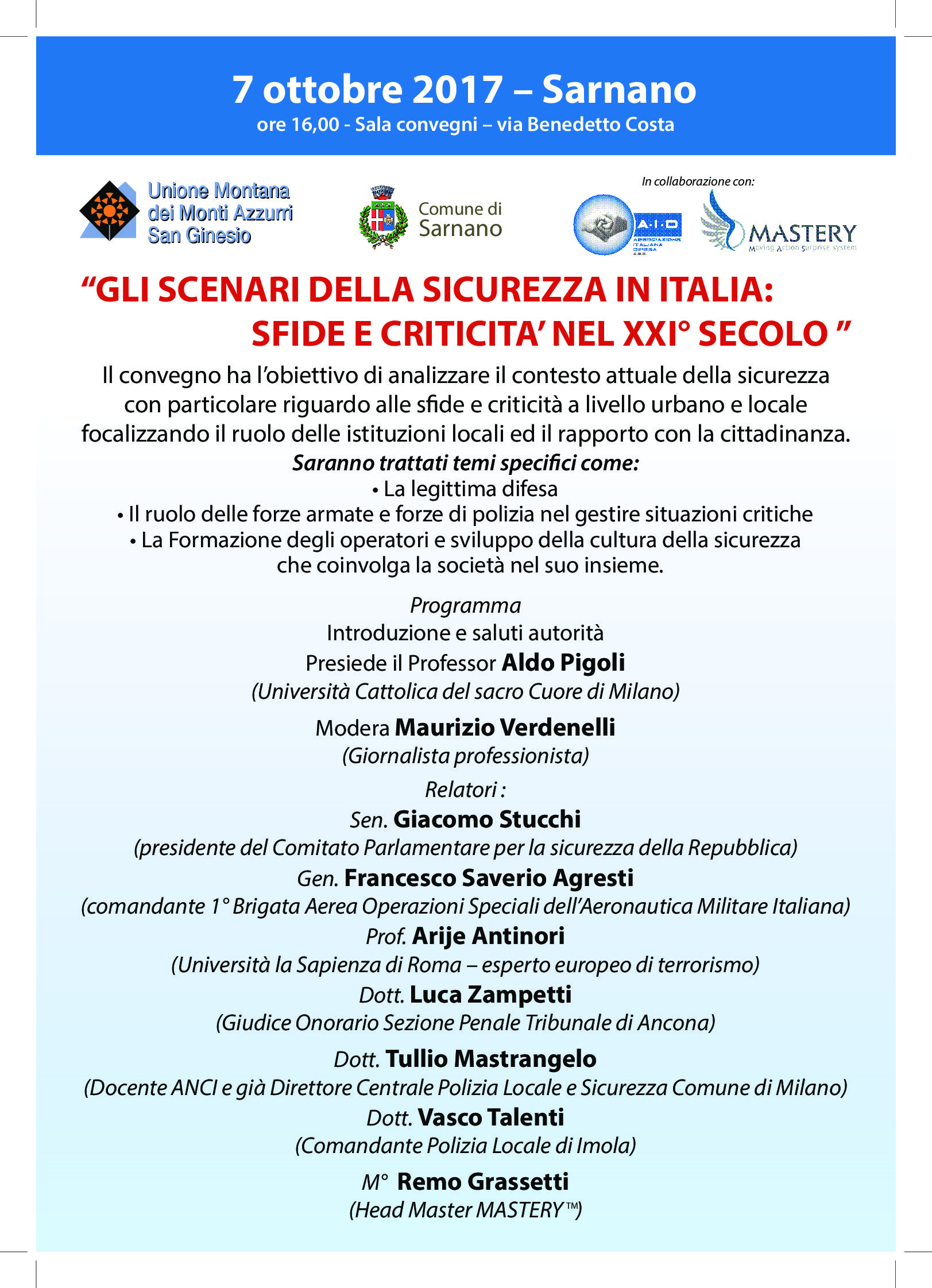 “The security scenarios in Italy: challenges and critical factors in the 21st century” this is the theme of the conference that will be held on Saturday, October 6, at 4 pm, at the Conference room of the Municipality of Sarnano (MC).

The meeting is part of the project organized by the Mountain Union of Monti Azzurri in collaboration with MASTERY™ – International Academy for Security and Defence, and A.I.D.  (Italian Defence Association).

This conference will examine the theme of security, with reference to the challenges and critical aspects at urban and local level.

Conference topics and discussions will include: the legitimate defense, the role of the Armed Forces and Police Forces in the management of critical situations, the training of professionals and the social development of the security culture.

The conference will be opened with greetings by the local authorities and chaired by Dr. Aldo Pigoli, Professor at the Catholic University of the Sacred Heart of Milan and General Manager of Mastery™.

Contributions will be made by high level speakers such as:

After the speeches, a final round table will be moderated by journalist Maurizio Verdenelli

The conference will be followed by a course on the prevention and the management of critical situations addressed to local police officers of the municipalities part of the Mountain Union of Monti Azzurri and other municipalities of the provinces of Macerata and Fermo. The course will start on Monday, October 23, 2017 in Tolentino (MC). These events are part of the activities organized by MASTERY™ to celebrate the 5th anniversary of the Method MAS – Moving Action Surprise System©.